The Ettore Majorana Foundation and Centre for Scientific Culture is named after an outstanding Italian physicist. Born in Sicily in 1906, Ettore Majorana’s breadth of vision and exceptional contributions to theoretical physics moved Enrico Fermi to the following statement: «There are many categories of scientists, people of second and third rank, who do their best, but do not go very far. There are also people of first-class rank, who make great discoveries, fundamental to the development of science. But then there are the geniuses, like Galilei and Newton. Well, Ettore Majorana was one of them».

Every year since 1963, authors of new discoveries and inventions come to Erice; 85 of them were awarded the Nobel Prize after their participation in the Ettore Majorana Schools and 49 were already Nobel laureates when they started to take part in the Centre activities. These scientific world leaders teach to students from all over the world who are eager to receive the latest knowledge directly from the mouth of its authors. Embracing 128 Schools, covering all branches of Science, the Centre is situated in the old pre-mediaeval city of Erice where four restored monasteries (one of which was the residence of the Viceroy of Sicily during the XIV and XV Centuries) provide an appropriate setting for high intellectual endeavour. These ancient buildings are now named after great scientists and strong supporters of the ‘Ettore Majorana’ Centre. The San Francesco Monastery (former Viceroy’s residence) is now the Eugene P. Wigner Institute with the ‘Enrico Fermi’ Lecture Hall. 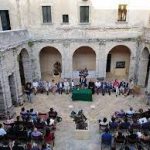 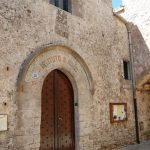